Bill Esposito and Adrian Griffin of Pepco attended the American Municipal Power (AMP) Lineworkers Rodeo held on August 28-29. The event was well attended and Pepco received a lot of attention as the ONLY Platinum Sponsor of the event. We even received a round of applause as Pepco was announced as a sponsor during the opening ceremonies. 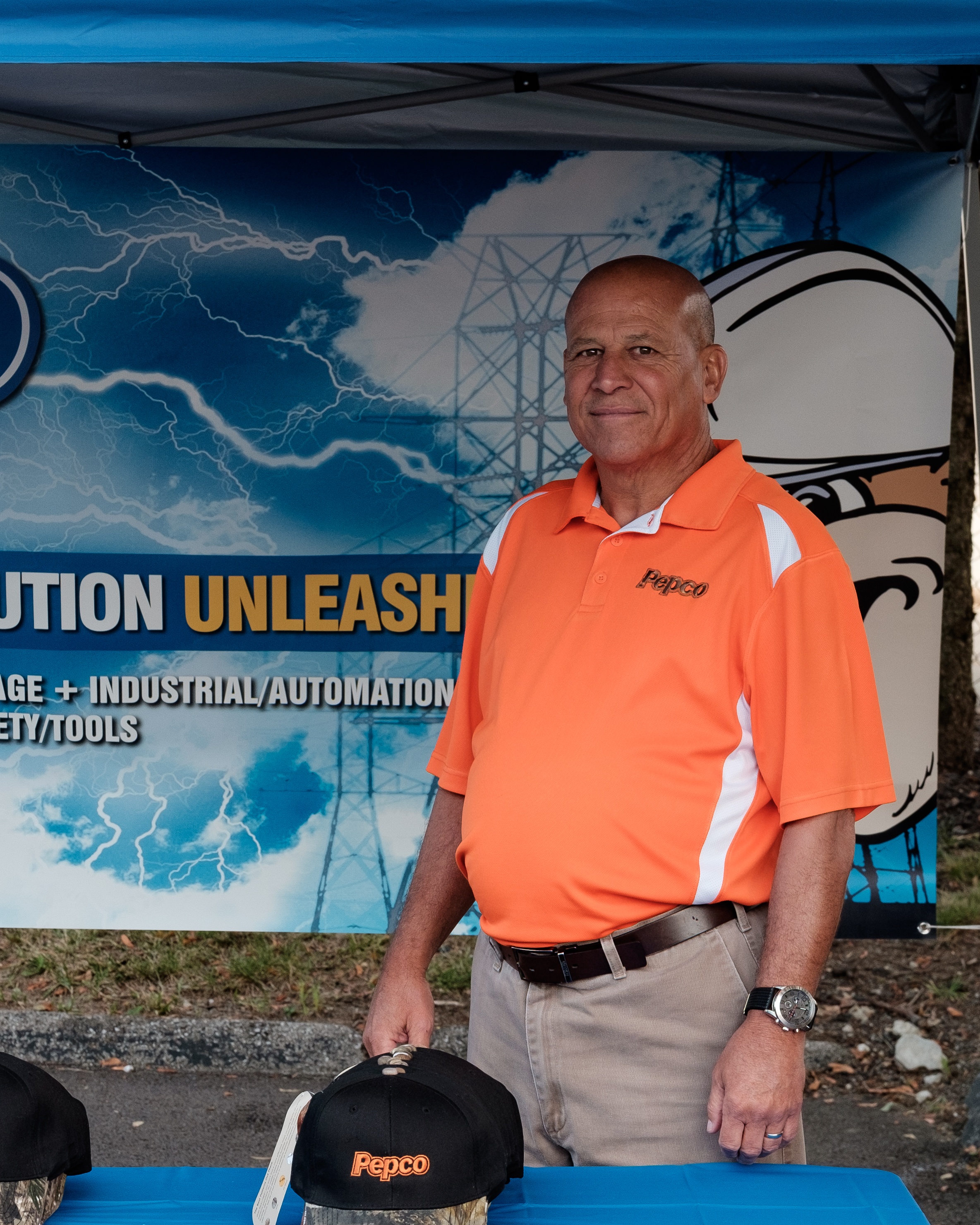 Bill and Adrian had a good time at the event as they got to talk to those present about the safety equipment and tools Pepco’s Utility Division offers to linemen and contractors.

The 2015 AMP Lineworkers Rodeo was held August 28-29, 2015 in Columbus. More than 30 lineworkers competed in three levels of competition: team, individual journeyman, and apprentice.

The second annual AMP Lineworkers Rodeo showcased the talents of the lineworkers in AMP member communities. Rodeo events were designed to replicate actual lineworker tasks and test skills that are needed on a daily basis. Judging was based upon safety, work practices, neatness, ability, equipment handling and timely event completion.

Pepco is proud to sponsor AMP and looks forward to next year’s Lineworkers Rodeo.